‘Before the Fall’ is a short story by Sue Dawes about an old man whose pride gets in the way of his health.  This story has had many forms, before finally finding a home in an anthology by Pure Slush Books,  an  independent Australian publisher.

Sue’s story ‘The out’, won second place in the April edition of the Writers’ Forum (out now).  The judge described it as ‘a chilling tale  of a woman torn by past loyalties and present dread.’  Originally shortlisted for a local crime competition, and with a year of drawer time, Sue rewrote it extensively before submitting. There’s a lot to be said for distancing yourself from a piece of writing in order to be able to look at your work critically.  It also helps to have a judge that understands what you’ve tried to do.

After ten years of volunteering, Sue has decided to hand over the reins of the writing project and spend more time focusing on her own work.  This is her last postcard, on the theme of ‘Change’.

Sue recently won second place in The ‘Writers’ Forum’ short story competition, which meant payment and publication (the two most important things for a writer after the actual slog of imagining and editing a story).

So what is her advice to get your story noticed?

Sometimes it takes a few submissions to get your story placed and that enforced ‘drawer time’ when the story is out there, is always positive.  Sue was lucky with this one but others she’s had published before, have been rejected and rewritten before acceptance by another publisher.

Sue dawes’ historical short story, ‘Boudicca’s Revenge’, which was shortlisted for the Legendary Women Competition, has been published in this Essex Creative Writing Anthology.  It was her first attempt at creative historical fiction and the short story, initially 2000 words, was reduced to just over 500 for the competition.  If nothing else, it showed  how many words can be edited out and yet the story remain the same.  Boudicca is now judged a heroine but she was a soldier and thought nothing of massacring whole towns. Sue doesn’t think her strength or actions would be considered quite so affectionately in the modern world.

Mind the Gap by Sue Dawes was published in ‘New writing’ in Mslexia.  The judge said:  ‘Mind the Gap’ managed to say so much about the taboos surrounding the empty nest syndrome in little more than 1000 words.  From the first sentence  (I will pull the construction apart, twig by twig so they cannot return) I felt I was in the arms of a brave and confident artist.  Each platitude and assumption about the bereft mother (‘you’ll be lonely, what will you do’ ‘But what if they want to come home’) is matched by the exhilaration of a mother liberated from the selflessness of raising three boys.

Mentioned in a study about motherhood

Sue Dawes was one of the winners of a competition run by Horror Scribes, which is a relatively new Horror story website.  The competition was to write a horror story using one of the ‘days’ of the poem, ‘Monday’s child’.  The other conditions were that the short story had to be set in the time the poem was written and contain 100 words. 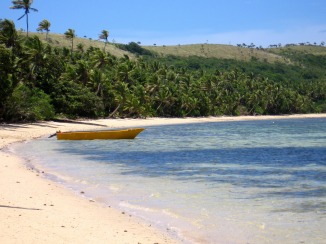 The Yaqona Mattress, a short story by Sue Dawes was published in Island Review.  Read it on-line here